Getting to know you...

In the third in a series of guest blogs we would like to introduce you to the community work and engagement of Dan Bowen the Vice president sabbatical officer for Glamorgan Union. Sabbatical officers or Sabbs are an Executive Committee of elected student representatives, responsible for addressing the issues that affect students at their University, and for representing students’ views and voice on an institutional, local and national level. Dan covers the Glamorgan Cardiff Campus – The Atrium as well as their Treforest site. 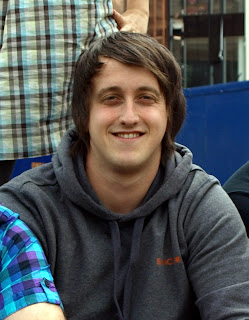 I am Daniel Bowen or as most will know me Dan Bows, and I am the Vice President Student Support at the University of Glamorgan Union. This involves quite a wide remit from Education to Welfare so I am pretty much an all singing all dancing student representative.
The Union is constantly looking to establish links with the community and develop volunteering and fundraising. We are really looking to do more again this year, and with our swish new building we have better facilities to do so! 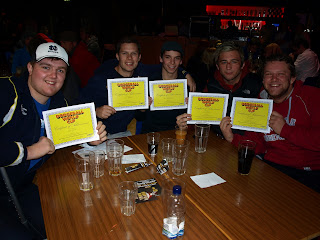 The first term was rather hectic with having to come to terms with the new Union and the way we worked but I’m glad to say we have got there and even managed to focus on some fundraising. In October we supported the ‘wear it pink’ campaign for breast cancer and our Halloween Spooktackula saw a fair bit of money raised for the cause. 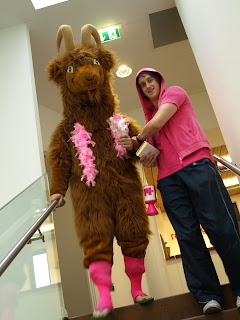 This was immediately followed up by Movember, in the month of November, in support of testicular cancer and was rounded off with an epic Dodgeball competition which was fiercely contested but also a fun way of raising awareness. Some of the rascal moustaches on display were priceless!
As we finally got settled in our new home the Union began embarking on further engagement with the community and as a result a number of campaigns have been put in place. First and foremost, engagement with the local police authority has increased with the union operating a ‘Cuppa with a Copper’ scheme where students are actively encouraged to come along on a Thursday morning to have a chat with our local officer. This scheme is still in its infancy but we hope to see improved links and a greater ease of communication between the two parties. 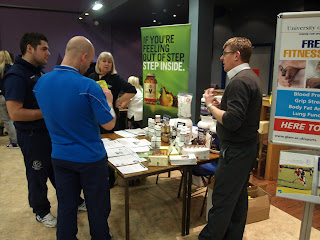 Also with the support of the police we have recently embarked on a drink spiking campaign. Essentially this involves dropping a straw into un-attended drink with a little reminder that they could have been spiked, and to be more aware. We can see early signs of success as we didn’t manage to find very many drinks left un-attended so hopefully that’s a sign of good things to come. 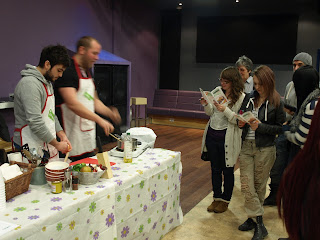 Finally, before I fill a whole website, we arranged a Health & Well-being day in the Union. This was led by Stuart Brooks (Student Activities) alongside myself and was a resounding success. We opened the event to students, staff and the local community in order to raise awareness on physical, mental and social well-being. Over 200 people attended, it’s a good solid start to the campaign.
Over the coming weeks and months we will be looking to carry on with the good work and introduce more campaigns where we will be looking to work again with the community. If there are any projects in the community we can help with then please get in touch!!!!

Dan is also featured in the latest issue of Unity news where the universities and unions of Cardiff can engage the community. The latest issues is available here: http://www.cardiffdigs.co.uk/unity.htm
Posted by Cardiff Digs at 03:48