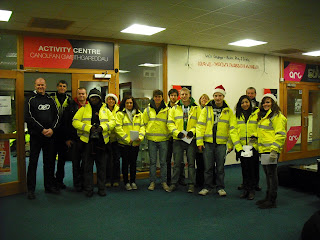 Thank you to all the students and residents who became Santa’s little helpers last Thursday.

Over 15 students and residents joined together with the Student Police Initiative to participate in a Christmas Pickers litter pick and a community safety walkabout.

The litter pick targeted areas around Cathays that the community had identified as needing clearing up. Over 12 full bags of rubbish (6 recycling and 6 waste) were cleared from green spaces and surrounding area. 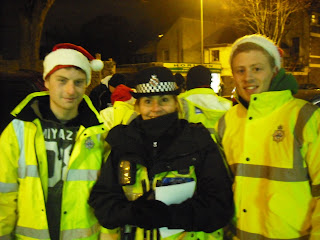 The community safety walkabout ensured that students and non students were informed of key safety messages around this time of year. Reminding people to Lock it. Hide it. Keep it as well as Christmas holiday advice such as taking valuables home for the holidays and ensuring properties don’t become a target for burglary.

The optional choice of wearing red or a Santa’s hat brought Christmas cheer to the event which was organised in partnership with South Wales Polices’ Student Police Initiative, Keep Wales Tidy, Cardiff Student Union and cardiffdigs.co.uk

To learn more about the safety messages and the Student Police Initiative visit:
http://www.cardiffdigs.co.uk/lockithideitkeepit.htm 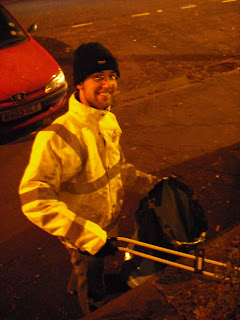